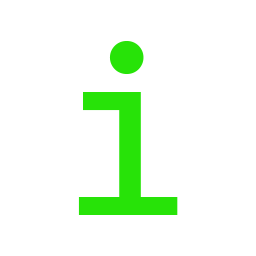 Interested in the GHR on consoles? Check out the Console Game Haptics Router!

The Intiface® Game Haptics Router (GHR) allows users to reroute rumble signals intended for gamepads or VR controllers to various sex toys. Using this method, many video games can be turned into intimate interaction environments, with some even allowing online, multi-player interaction.

The GHR works on WINDOWS 10 AND NEWER ONLY. Windows 7 is not supported.

Note: First video below is demoing an older version of the software, known as the “Game Vibration Router”. The functionality in the GHR remains the same, but the UI is slightly different, and due to updates in the game, Rocket League no longer works.

What Sex Tech hardware works with the GHR?

The GHR does not yet support toys like the Kiiroo Keon or The Handy. Support for this hardware will be coming in a future update.

How does the GHR work technically?

The Nonpolynomial blog has an article on the technical background of haptics rerouting, including the GHR.

Where can I get help and ask questions about the GHR?

Users that have questions about Intiface® Central can get support in the following places:

What games does the GHR work with?

A list of games that have been tested with the GHR is available on the GHR Games Compatibility Spreadsheet. This list is updated by the developers as they have time.

That said, for games to work with the GHR, they need to have one of the following features:

Games that won’t work with the GHR include:

Games that you should probably be careful with:

Can I use a mouse/keyboard with the GHR instead of a gamepad?

Most likely not. Most games require the gamepad to be in use to send rumble, and without the game sending rumble, the GHR doesn’t know what to do.

There are extremely rare cases where this will still work, these will be called out in the GHR Games Compatibility Spreadsheet.